Harlequinade: Shall we dance? 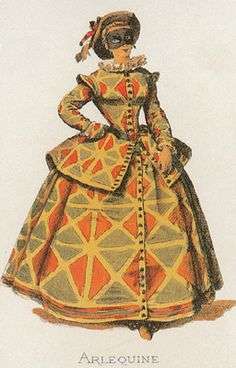 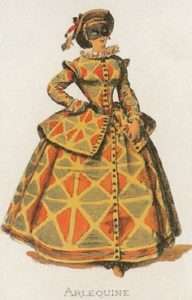 Once upon a time … Did you know the ‘harlequinade’ was originally a story-telling dance? Its performance in a play included traditional steps and some novelty, taking place between the telling of a fairy tale and a happy ending.

The harlequinade was also an important element in the development of English pantomime. It originally consisted of story-telling dances in which Harlequin, a magical character, played the leading role. In the 19th century, to ease the burden on the dancers, the harlequinade was preceded by a fairy tale. As Harlequin’s importance lessened and the fairy tales became longer and more popular, the harlequinade dwindled into a short epilogue to what became today’s pantomime.

Harlequin’s dance was designed to impress Columbine, his mistress. I loved this idea so much I named one of the characters Columbine in my Victorian romance ‘Playing the Duke’s Mistress‘ (published by Harlequin Mills and Boon). It’s all about actresses, Dukes, intrigues and of course, romance.

Writing romances for Harlequin reminds me of dancing. There are not only precise steps to follow, but also room for improvisation and variation. It has all the familiarity of a fairy-tale (stories told and re-told by women for centuries) and a happy ending makes it complete.

As an academic as well as author, I’m delighted to see this woman-centred genre getting some scholarly attention that explores its pleasures and tensions. If you’re interested in this debate, check out my recent article in The Guardian (it first appeared in The Conversation) – it got an amazing response. There’s also discussion in The Sydney Morning Herald. You can also read my academic journal article Romancing Feminism (written as Dr Elizabeth Reid Boyd) about writing in the genre.  Or visit my Harlequinade Pinterest page.

Who can resist a light-hearted Harlequin romance? Enjoy the dance! 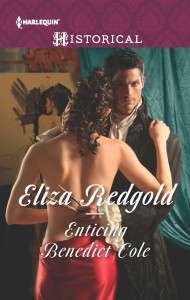 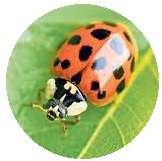