Time Lady: Inspiration from the Past 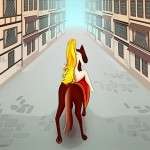 Which historical time period would you like to have lived in? The time periods we are drawn to can inspire and teach us a lot about what we seek in life. Two of my favourite historical eras are the Middle Ages and the nineteenth century. In spite of the challenges many women faced, these were also times of female power surges.  In the Middle Ages women played a leading role in the creation of courtly love and romance – an inheritance we can still cherish today. In the Victorian era women began the inspiring movement  that became known as the suffragettes. Whenever I feel challenged, I revisit those eras and try to channel some of the passion and gumption of the amazing women of the past.

In July 2015 NAKED: A Novel of Lady Godiva released. Godiva certainly was an amazing woman as well as a legend.  A few years back when I visited Coventry, the English home of Godiva, I took a photo of the plaque below. It still gives me shivers.  It reads: ‘A Benedictine Abbey was built on the same ground by Leofric, Earl of Mercia and his Countess Godiva. Leofric and Godiva are said to have been buried respectively in the two porches which stood near this spot.’ It was here I became convinced of their true love and wrote NAKED. You can read my travel piece Two Times a Lady (featuring the image pictured above by Igor Saktor) or find out more in my recent interview in The Coventry Observer.

Travel back in history and find your own ‘Time Lady’ – I promise you will be inspired! Godiva and Leofric at rest in Coventry