The Figure of the Governess. The governess was a familiar figure in Victorian England. Some, like Maud, were ‘bluestockings’, a nickname for free-thinking women who fought for female education. Also like Maud, many governesses fell on hard times. In their employment they were expected to provide both academic and moral education, often for low pay and in insecure conditions. Many governesses existed between two worlds, not accepted by the servants nor by the family, and some were at the mercy of their more unscrupulous employers. The Governesses’ Benevolent Fund, to which Maud turns, provided aid for needy and retired governesses in straitened circumstances. Today, this society still exists in the form of the Teaching Staff Trust.

Wise Women’s Wonder Tales. Governesses were known to use fables and fairy tales for female education. Like Maud’s Butterfly Fables, such tales were often full of wonder, wisdom and warning to women. A governess, Madame Le Prince de Beaumont, published educational guides for young ladies. Her Moral Tales (1744 and 1776) became famous handbooks and included Beauty and the Beast. Louisa May Alcott, best known for Little Women, wrote Flower Fables (1860) to instruct and entertain Ellen Emerson, the daughter of Ralph Waldo Emerson, while author and illustrator Cicely Mary Barker ran a kindergarten with her sister, upon whom the children who attended she modelled her famous Flower Fairies (1925).

Beautiful British Butterflies. In Maud’s era, many species of butterflies fluttered across British landscapes. Butterfly-catching was a popular hobby. ‘The Butterfly Vivarium or Insect Home: being an account of a new method of observing the curious metamorphoses of some of the most beautiful of our native insects’, by Henry Noel Humphreys, published in London in 1858, became a best seller. Sadly, many British butterflies are now rarely sighted. The Swallowtail, Britain’s biggest butterfly, is threatened with extinction due to salination of Britain’s lakes and marshes. The small tortoiseshell is also facing declining numbers.

You can learn more about butterflies from The Association for Butterflies (you can even attend Butterfly College) support Butterfly Education and Awareness Day (US) or aid their conservation in Britain by joining The Big Butterfly Count.

Read the Viva Vivarium to see beautiful images of a Victorian butterfly vivarium.

All Aboard! The West Cornwall Railway. Dominic’s background as a railway entrepreneur is set against the founding of the West Cornwall Railway Company. In the 1840s and 1850s, this railway company was formed by local businessmen and men of standing in the community, offering new economic hope to Cornwall. Dominic’s passion and energy for the railway captures the pride emerging in Cornwall at that time. Its heritage remained in the form of the Cornish Riviera Express – one of the railway wonders of the world. For a romantic getaway you can still catch the Night Riviera sleeper to Cornwall.

Sensual Saffron. Saffron has been grown in Cornwall for centuries, and has long been used to flavour its local cuisine, not least its famous saffron buns. The brightly coloured orange-red stigma of the crocus flower, saffron turns to gold when cooked, and because of the necessity to harvest the spice by hand, it is worth its weight in gold too. A natural aphrodisiac, saffron has been used in marriage customs. Rather than rose petals, the marriage bed was once sprinkled with strands of saffron, to ensure happiness and good fortune.

Interwoven into the story is Tennyson’s poem ‘Maud’. (1855). Full of desire and conflict, it is the inspiration for Maud and Dominic’s story, which fortunately for them ended happily ever after. 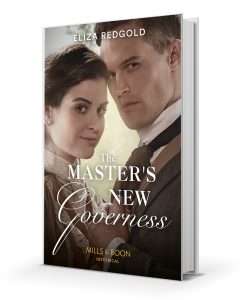