Knights of the Black Diamond 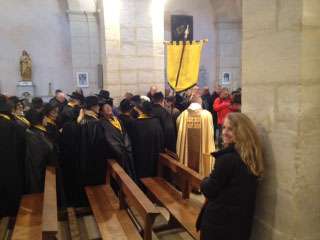 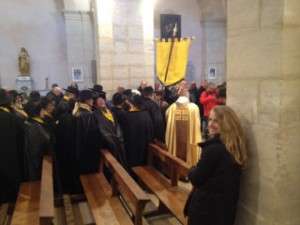 As part of my research I attended the famous ‘Truffle Mass’ in Richerenches, in Provence, France. (That’s me hiding in the corner). It was fantastic!

This mass is one of a kind, celebrating the feast of St Antoine, the patron saint of truffles. Similar to a harvest festival, the bounty is exclusively truffles, which are collected up during the service and auctioned off after the mass for charity. The mass also includes a parade by The Knights of the Black Diamond who go back to Templar times, both men and women, who wear amazing jet black regalia. The event attracts huge numbers: locals, tourists and even the jet set (just like the characters in Black Diamonds). There are truffles hunts, markets and meals in the surrounding region.

Truffles have been prized for both their culinary and aphrodisiac qualities for centuries, so it wasn’t hard to make truffles the theme for Black Diamonds. Known in France as la truffe, they grow at the roots of oak, beech and hazel trees. Ranging in colour from black to grey or more rarely white, the truffle comes in various sizes, generally rounded, though not always regular in shape. 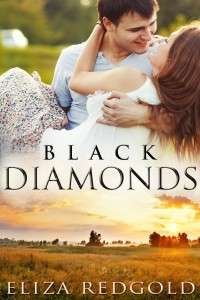 A small Australian farmer battles an enigmatic French magnate in a world of exotic locations, luxurious tastes, and the most expensive flavour in the world. For fans of Emma Darcy and Lynne Graham.

Truffles are known as one of the most powerful aphrodisiacs on the planet, but when Australian truffle farmer Jacaranda Riley meets Xavier Antoine, owner of a French truffle empire, she gets more on her plate than desire.

But does the man who has taken her heart secretly plan to take her home and business too?

Black Diamonds is published by Harlequin Escape and is available on Amazon.